How Open-plan Offices Can Be a Failure

How Open-plan Offices Can Be a Failure

For many years, many companies have believed that open offices are the key to increased productivity in the workplace. Not only does this layout motivates people to do better at work, but it also helps companies save money on real estate and office furniture. Also, it has also been credited for increasing interaction among employees, which in turn, encourages more collaboration on specific tasks and projects, better job satisfaction and social support. According to research, the past couples of decades have seen a surge in the number of collaborative activities employees have by almost 50 percent. Thus, this office design has been embraced by many workplaces all over the world. However, here’s the hard truth: Open-plan offices do not work AT ALL.

All the Distracting Noise

More recent research has revealed that offices that have adopted this design experienced 73 percent less face-to-face interaction and a 67 percent increase in work-related email exchanges. The reason behind these numbers is all the distracting noise that open offices make, which causes the employees to bust our their earphones instead. Also, many prefer communicating with their colleagues through emails instead of standing in front of them due to the lack of privacy that the setup creates.

Open offices do help many companies save a lot of money. However, many employees suffer due to this layout. Their ability to focus lessens significantly, which becomes even more challenging when working with a difficult coworker. Also, they can have adverse effects on your overall health, especially when you’ll have to work every single day with someone who tries to make your life at work miserable. 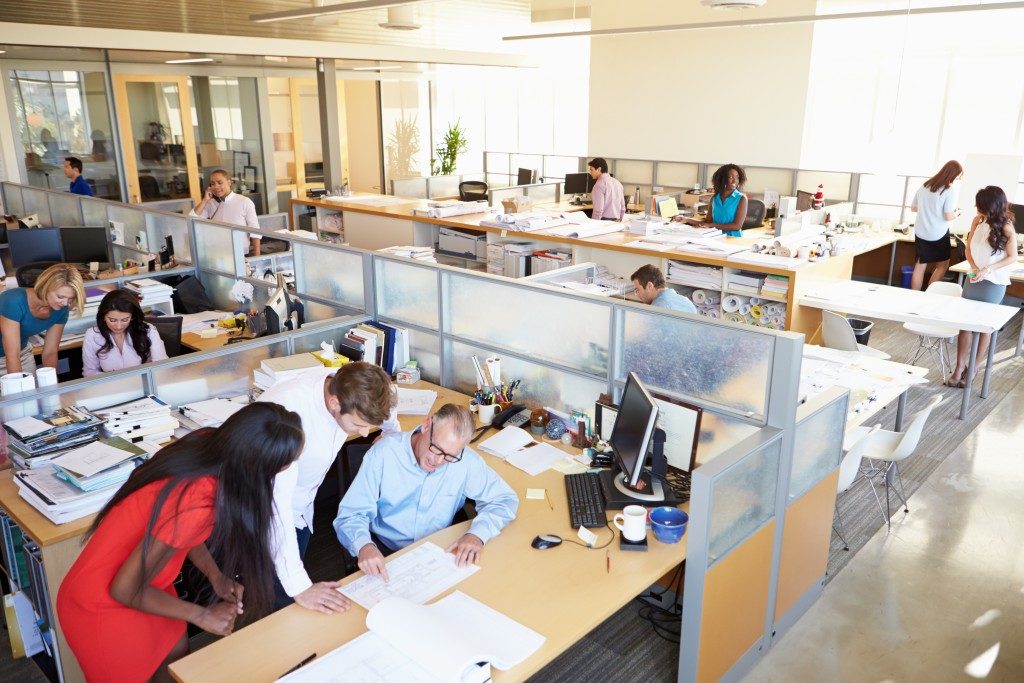 What was once considered an architectural gift for many companies for improved communication and lower costs turned out to be a lot less than what was promised. Not only did it decrease people’s face-to-face interactions; it also made them feel less productive due to feelings of tiredness and sensory overload. Apart from their deteriorating health and performance at work, there has also been an increase in absences due to health-related problems.

Besides, employees eventually get tired of being around other people at all times. It doesn’t matter whether you identify as an introvert or an extrovert; every person has an individual level of “people exposure.” This refers to the amount of time others can surround an individual before they crave for some “me time.” Of course, this time gets cut short when you’re working with someone who makes it their goal to sabotage your career. Those who are in favor of this setup argue that because open offices make everyone in plain view of others, sabotages are less likely to occur. However, when people are presented with more visual stimuli, the less they notice the other, often more important things around them.

Open-plan offices were introduced to encourage more social interaction and collaboration among team members for enhanced performance at work. It has also been developed for its perceived environmental impact and cost-effectiveness. However, the results have not been very positive.