Four Cheesy Proposals That Might Get You a ‘No’

Four Cheesy Proposals That Might Get You a ‘No’

Popping the question to your significant other is not something to be taken lightly. You need to prepare for it and think of a creative and romantic way. On top of that, you should stay away from cheesy ways of proposing because it may be romantic for you, but for her, it’s just lame.

So, if you think you’re being witty because you thought of proposing to her with the help of a flash mob, then think again because that’s no longer cute. But, don’t worry because the list below will tell you the things you shouldn’t try for your proposal.

Maybe you have a wide-format laminating machine in your office, but doesn’t mean you should use it to print a large “Marry Me” sign.

Large signs are a cliché and even if you hire a plane to fly it across the sky while you and your girlfriend are sunbathing at Bondi beach, it doesn’t take away its cheesiness. And if she thinks you’re cheesy, it also means she thinks you’re not trying hard enough to win her heart. Try again.

So, you’re a huge Roosters fan and every chance you get, you try to watch them live. You love them so much that even your girlfriend started to tag along six months ago to support your love for your team. Now, she comes with you to every game and it makes you think that she’s enjoying rugby, as well.

Good for you. But, don’t ever think that because she likes your team now, you can use the jumbotron in the arena to pop the question. Not only is it a cliché, but your girl will probably hate you for making this personal event too public.

Using flash mobs as a way to propose to your lady is no longer cute. Sure, it was fun before but the trend quickly died and you shouldn’t attempt to revive it.

Also, proposals are supposed to be private, personal, and shared only with the important people in your lives. So, if you’re thinking of asking 50 people to help you propose to your girlfriend, scratch that idea and come up with another. 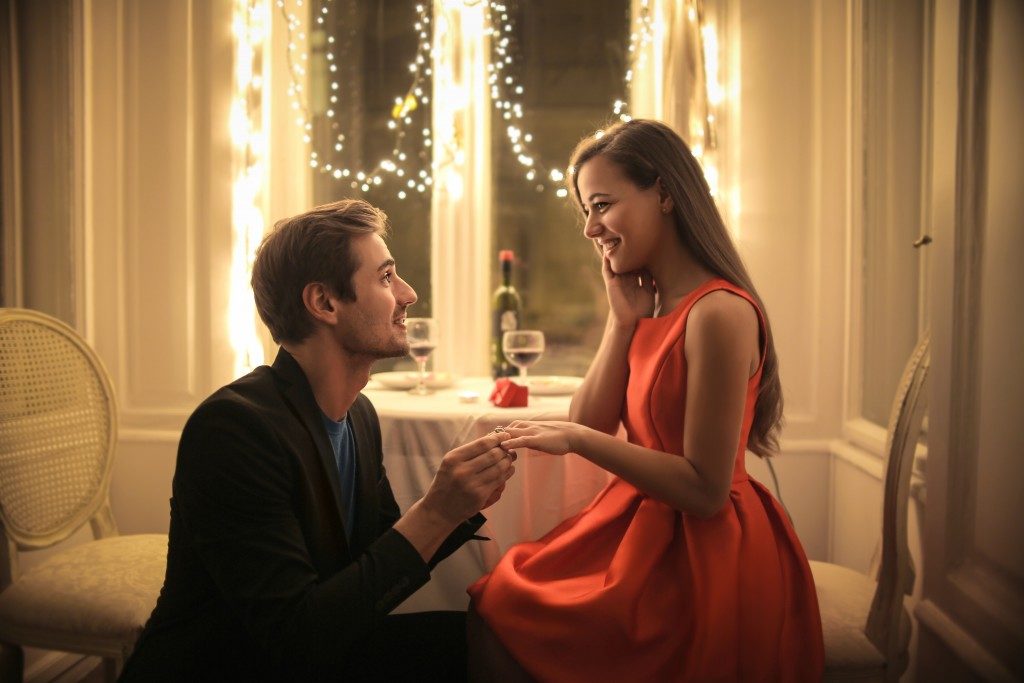 Try conducting a survey wherein you’ll ask random people what’s the most cliché form of proposing to someone. Chances are hiding the ring in her food or drink will top the list.

Not only is it a cliché, but it’s quite dangerous too because she just might gulp down that champagne without noticing the ring at the bottom. If that happens, you’re going to have to wait for her to poop before you pop the question.

It’s good that you have so much love for your girlfriend that you’re ready to pop the question no matter where you are. But, if you’re attending someone’s wedding, have a heart and don’t steal someone’s thunder.

It’s very insensitive to ask your girl to marry you while you’re attending someone else’s wedding because that event is supposed to be about the newlyweds. So, keep that ring in your pocket and just try to enjoy the reception. You’ll have other days to ask the love of your life to marry you.

All Posts »
PrevPreviousHome Renovations: Factors That You Shouldn’t Forget in the Process
NextBaking Your Business the Right WayNext
Scroll to Top
Go to mobile version