Classifications of Fire Engines: Everything You Need to Know About Fire Trucks

Classifications of Fire Engines: Everything You Need to Know About Fire Trucks

Few things will cause as much destruction to your community as a fire can. If you remember the Australia bushfires or the California wildfires in 2020 that started because of a gender reveal gone wrong, you know that the extent of fires can cost millions of dollars.

Those who become victims of fires lose so much of their property and assets. In worst-case scenarios where people have to evacuate immediately, these victims return home only to salvage few if any items in this type of disaster. And on an environmental scale, natural fauna and flora suffer the consequences of huge fires.

It is thus essential to take the necessary precautions to ensure properties and people will suffer as minimal an impact as possible in case there is a fire.  Investing in a fire fighting trailer or a fire fighting truck or engine should be your community’s initial step. If local firefighting services are too far away, this is a good option for communities to consider.

While first fire engines came onto the scene about 400 years ago and have evolved since then, the history of firefighting began as early as the third century in ancient Roman civilization. Prior to that, there is evidence that firefighting may have been used in Ancient Egypt.

The first firefighting team can be attributed to third century Rome under the rule of Augustus. Rome did not have a firefighting team, so a man named Marcus Licinius Crassus created a fire brigade of 500 firefighters who were responsible for rushing to burning buildings as soon as people called for help.

Unfortunately, this was not a noble cause, but a for-profit scheme on Crassus’ part. His firefighters would do nothing while Crassus and the property owner negotiated a price for their services. If the property owner agreed to pay a large sum or sell their property to Crassus for a low price, the brigade would then put out the fire. If the owner refused, then they’d leave the building to burn.

The infamous emperor Nero then took this idea, but for a nobler cause. He established a group consisting of a few hundred men called the Vigiles who were responsible for patrolling the streets for fires (thereby also serving as the police force) ready in case of fires.

When there was a fire, Vigiles would line up to the nearest water source and pass buckets hand-in-hand to put out fires. Unfortunately, this group could not stop the Great Fire of Rome that lasted nine days and destroyed two-thirds of Rome.

It’s most likely that Britain adapted the Roman practice of passing buckets of water during fires after the Roman invasion in AD 43. After the Romans left, communal firefighting fell into decline and it was common for entire towns to burn down due to the lack of preparedness, firefighters, and buildings still constructed with flammable materials.

Eventually, some parishes developed a rudimentary firefighting system, but nothing was established in a national level, leaving many towns vulnerable to fires. By 1666, however, The Great Fire of London changed the way the government saw fire prevention.

A fire that started from a bakery grew until a huge portion of London burning down. Although there were only six recorded deaths, evidence shows that temperatures reached 1,700 degrees Celsius that it’s possible the poor and middle-class deaths were cremated in the fire and unrecorded.

Following the Great Fire, “fire insurance companies” became popular from 1667 to the early 1800s. These companies had a team of watermen in the Thames River as firefighters. Property owners would buy insurance from these companies and received a badge or mark affixed outside their building; when their building burned, fire companies would look for the mark and the building would continue to burn until the right fire company came to put it out.

Europe would go to invent fire engines and manual pumps over the course of the 17th century. Eventually, horses were used to transport water to fires, and eventually fire trucks were established.

In the United States, Americans took a page from British firefighting tactics. However, until 1736, firefighting mainly consisted of volunteer firefighters until President Benjemin Franklin established the first fire department in Philadelphia in 1736.

The current ones featuring a reservoir, enclosed seats for the crew and a water pump came into being in the 1960s. The following are the industry classifications of fire engines you should base your pick on when shopping for one.

These are also called structural engines and will generally respond to fires in densely populated areas and inside structures. This is because they are easy to maneuver and can deploy ladders that reach fires even in elevated buildings. A typical structural engine will hold 400-500 gallons of water and will attack a fire using a constant water stream that counteracts the heat. According to NFPA regulations, your type 1 fire engine should have a water transfer rate of not less than 1000gpm and not less than 500gpm for a type 2 engine.

These are meant explicitly for fighting wildfires. They transport personnel to the disaster scene and provide access to equipment and water needed to contain the fire. Wildland engines specifically use the pump-and-roll technique. In this, the vehicle will engage the pump while a firefighter sprays water on the fire using a hose. 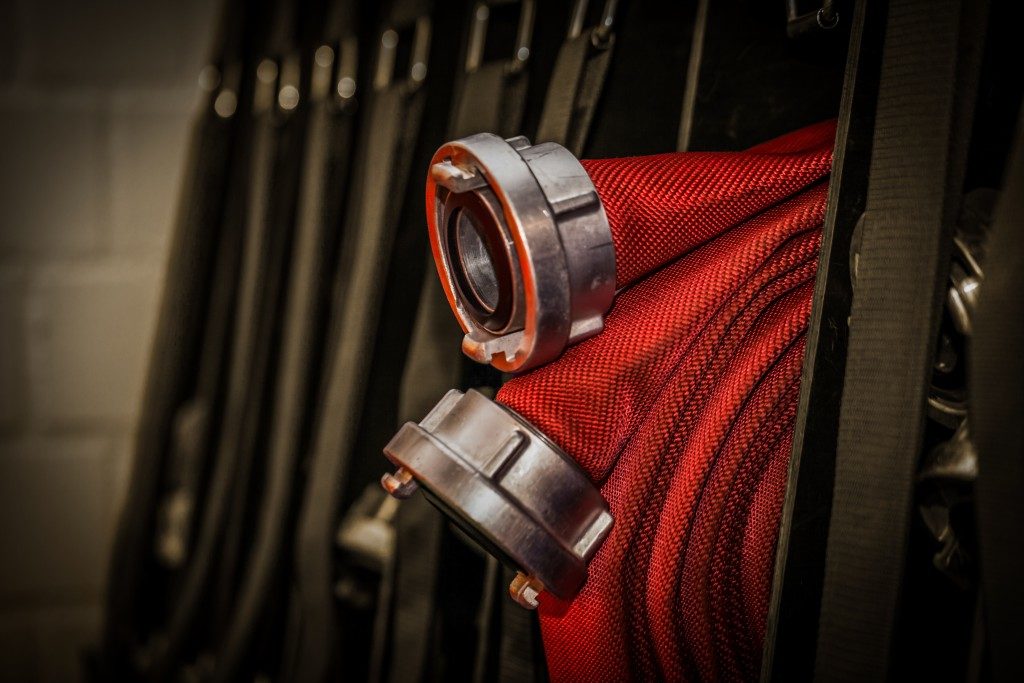 These have four-wheel drives and can thus handle rough terrain easily. They have a gross vehicle weight rating (GVWR) a minimum of 26000lbs. A type 3 engine will carry at least three firefighting personnel while the type 4 engine has a 2-person minimum carrying capacity. Type 3 fire engines carry a minimum of 500 water gallons and have a 150gpm water rate at 250 pounds per square inch of pressure. Type 4 fire engines, on the other hand, have a lower hose power and smaller pump compared with type 3 engines but feature a bigger tank carrying about 750 water gallons.

These are smaller compared with types 3 and 4 engines. Their smaller body allows them to carry about 50-400 water gallons and easily maneuver tight spots. Types 5–7 engines are used for the initial fire response. Their GVWR ratings are in ascending order with 26000 for type 5 through to 14000lbs on type 7 engines.

Choosing fire engines is not a task that only involves your budget along with the best-looking a supplier will have. Thankfully, the above tidbits will guarantee you make the right choice for your locality. As a general rule, fire engines will be specified from the largest to the smallest. Types 1–2 are the largest from the above, while types 5–7 are the smallest.